I thought I’d share this itinerary in case anybody wants to duplicate this trip. 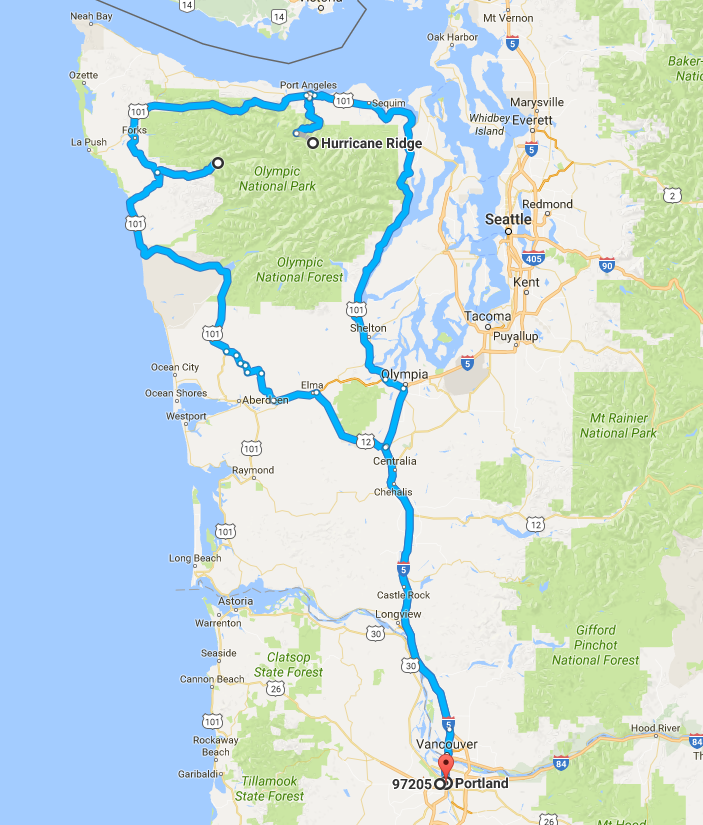 A clockwise route around the Olympic Peninsula from Portland. Plenty of gas and shops along Hwy 101. Bring lots of cash.

The Olympic Peninsula is a great last-minute trip for a weekend with great weather because most campsites are walk-ins only, first-come first-serve. Generally checkout time is 11am, so get there around then for best chances of finding a spot!

Wake pretty early. Hit the road at 9am.

Drive 4 hours on the road to Forks or Rialto Beach.

Lodging: Find camping along the way to Mora Campground.

Stop: Walmart in Chehalis to stock up. Kalaloch Ranger Station to pick up maps.

Wake early, hit the road around 8:30am, but earlier is better.

Drive ~2h from rainforest to hurricane ridge. The later you arrive, the longer the entrance line will be…

Lodging: Move to “Heart O’ the Hills” campground or nearby.

Add another day? Take the ferry from Port Angeles, WA to Victoria, BC, Canada.

Wake fairly early. Hit the road around 9am. Could sleep in if desired.

Add another day? Head to Bremerton, WA to catch a ferry to Seattle.